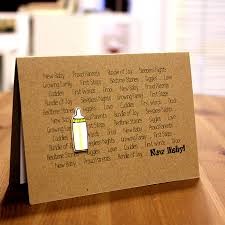 Congratulations, you’ve had a baby! Once the rollercoaster ride of the birth is over with, working out how to look after this baby you’ve been given can seem rather overwhelming. And if your aim is to breastfeed, it can sometimes feel like everything is against you! From the first day the congratulations cards start rolling in, it seems society is sending a rather direct message – we feed babies with bottles. It seems everywhere we go, babies and bottles go together.

On top of what can feel like a general lack of support and approval for breastfeeding, it can be a bit of a shock to the system to find out that breastfeeding doesn’t necessarily come naturally for either mother or baby. It seems most of us have forgotten that breastfeeding is a bit of a learned skill, something that is much easier and more comfortable if there is an experienced woman around – ideally one who has been where you are now and has an inkling of what you’re going through.

Without that kind of support, breastfeeding can sometimes go a little off track…in fact, not mincing my words, it can be blinking painful, traumatic and upsetting for both parties. Breastfeeding is not just a social issue. It’s not even just a long term public health issue. It can impact on a mother and baby’s immediate health status, right here and right now. When breastfeeding is unsupported, mothers can suffer from just some of the following:

When breastfeeding is not going well, babies can suffer from just some of these:

Breastfeeding isn’t just something ‘nice’ to do. Without breastmilk, the toll on our population would be uncountable. Just the financial cost alone would cripple the NHS.

Breastfeeding support clinics and groups aren’t just cozy social support for middle-class mothers (although those are important too!). The help we provide at groups like Homerton prevents suffering, and adds to the sum total of human health and happiness.

So why, you ask, isn’t the governement and the NHS putting money and resources into breastfeeding support if it’s so important and saves so much money? Your guess is as good as ours.

Every week recently has been busier at Homerton. We often feel we don’t have enough time for each mother, so that she feels really listened to and really helped and supported. It’s a wonderful thing that so many mothers want to breastfeed their babies. But until everyone in society knows how to help a new mum latch on her newborn, just as we all know how to sew on a button, groups like ours will be the first line of defense against suffering and misery.